KINGSTON, JAMAICA – The Jamaica Tourist Board (JTB) has announced the appointment of John Woolcock as Manager, Groups and Conventions, in the JTB’s Regional Office in Miami, FL. 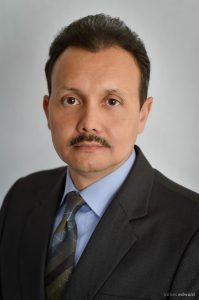 With over 31 years of experience promoting Jamaica through the Jamaica Tourist Board, Woolcock previously held the post of District Sales Manager (DSM) with responsibility for the west and the southeast USA for over four years, including Texas, Oklahoma and New Mexico. Woolcock also served the JTB as Business Development Officer for the northeast United States, based in Boston, and Sales Representative and Senior Sales Representative based in Montego Bay, Jamaica.

“I am eager to take on the responsibilities of this new role and look forward to helping the destination grow its market share in groups and conventions,” said Woolcock. “With our award-winning Montego Bay Convention Centre in Montego Bay, combined with our wide array of accommodations and attractions, I believe Jamaica provides a great option for meeting and incentive planners looking for an ideal Caribbean venue.”

The Montego Bay Convention Centre has been honored with the Facilities & Destinations Prime Site Award multiple times, most recently in 2016, and was nominated once again in 2017.  The center’s general manager, Dittie Guise, was noted on the magazine’s A-List of Women Convention Center Executives in 2016’s Facilities & Destinations SuperBook issue.