PHILADELPHIA, PA – From the moment the gates opened on April 27, the 2017 NFL Draft was a huge success for the city of Philadelphia, with an attendance of 250,000 over the three-day event.  “Philadelphia served as a phenomenal host for the 2017 NFL Draft and created a memorable experience for our fans, incoming players, and teams,” said Peter O’Reilly, NFL Senior Vice President of Events. “We are grateful to Mayor Kenney, the Philadelphia Eagles, the Philadelphia Convention & Visitors Bureau, and all of our partners for helping make the event a resounding success. 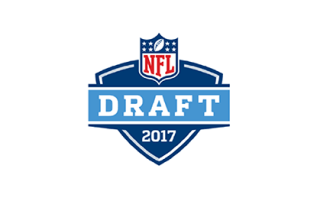 Positioned as a driver of tourism within the region, the Draft attracted attendees from 42 different states and provided an opportunity for Philadelphia to shine as an event destination, with 93 percent of visitors citing the Draft as their primary reason for visiting.

“When we chose to pursue the Draft, we did so with the goal of an economic win for our city and region. We are thrilled that not only did it generate substantial economic activity for Philadelphia, but we were also successful in showing the world that this city is a premier destination for sports, big events and tourism in general,” said Julie Coker Graham, PHLCVB President CEO.  A total of 4,794 attendees of the NFL Draft completed a post-event survey.