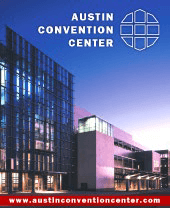 BEVERLY HILLS, CA — Live Nation Clubs & Theaters recently announced that the historic Irving Plaza will close this summer for eight months as part of a multi-million dollar makeover. Upgrades will include contemporary revamps of the lobby area and the music hall, new bars on all levels of the venue, the addition of a downstairs VIP lounge, and remodeling of the mezzanine including a new box-seating section configuration located on the mezzanine.

“We’re thrilled to embark on a dramatic renovation of one the world’s most treasured music venues,” said Arich Berghammer, Executive Vice President, Live Nation Clubs & Theaters. “When we unveil these experiential upgrades, both artists and fans will enjoy an unparalleled musical experience.”

Building owner representative Mark Chroscielewski said, “The Polish Army Veterans Association has developed a deep bond with Live Nation, which goes beyond a landlord/tenant relationship. It is fitting that in the year that Poland celebrates its 100th anniversary of regaining its independence that District 2 and Live Nation have entered into an even closer long-term relationship to upgrade Irving Plaza to its original elegance and grandeur.”