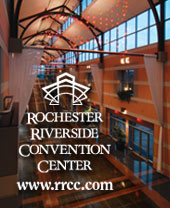 MEADOWLANDS, NJ — On behalf of its nearly 2,000 members throughout the Meadowlands Region, The Meadowlands Liberty Convention and Visitors Bureau (MLCVB) congratulates the team at Met Life Stadium for securing the Army-Navy Game presented by USAA, to be held at MetLife Stadium on Dec. 11, 2021.  The bid for this NY/NJ event was another metro-area collaboration with assistance from the MLCVB, the NJSEA and NYC & Company. Governor Christie announced yesterday that the region was chosen for the 122nd meeting of America’s Game taking place in the 20th anniversary year of the 9/11 terrorist attacks because of its historical significance and proximity to ground zero.

“Each time The Meadowlands hosts a major event, it is a huge economic win for all businesses in the region. In addition to hotel occupancy and growth in room rates,  every business – restaurants, retail shops, caterers, florists, and gas stations – see increases in volume from visitors,” said Jim Kirkos, President and CEO of the MLCVB.

The MLCVB has already begun working with hotels throughout the region to prepare for the thousands of anticipated Army-Navy Game team members, fans, students and alumni that will travel to the Meadowlands Liberty Region in 2021.

Since the Meadowlands Liberty CVB formed in 2004, the region has hosted WrestleMania 29 and accompanying multi-day fan events; Super Bowl XLVIII, the first and only outdoor cold-weather Super Bowl; countless international soccer tournaments including CONCACAF and three matches during the historic Copa America Centenario in 2016; and many NCAA football games.