HARTFORD, CT – The Connecticut Convention & Sports Bureau (CTCSB) has elected John A. O’Toole as its new Vice Chair; Thomas Madden, AICP, as Assistant Treasurer of its Board of Directors; and added Jeff L. Hubbard and Brian Summers as the Bureau’s newest Board members, effective on July 1, 2017. All three were elected at the CTCSB’s Annual Meeting, held June 1 at the Courtyard by Marriott Hartford-Cromwell.

“John O’Toole, Thomas Madden, Jeff Hubbard and Brian Summers each bring a unique perspective to our statewide Board of Directors, through expertise and experiences in their respective professions,” explains H. Scott Phelps, President of the CTCSB, the state’s official meetings and sports event sales and marketing organization. “They advocate the Connecticut Convention & Sports Bureau’s focused work to generate new dollars for Connecticut through meetings, conventions and sports events that result in economic activity, jobs and tax revenues for our State and local economies. We look forward to their insight and guidance as we move forward in strengthening our organization’s many partnerships.” 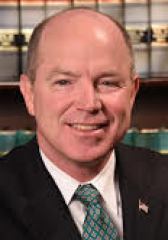 John A. O’Toole is Community Relations and Economic Development Lead for Eversource.  A longtime supporter of the importance of the conventions and major events to the State’s economy, he has been a CTCSB Board member ever since the organization was established in 2012, and serves as its Assistant Treasurer until July 1 when he becomes the Vice Chair. Thomas Madden, AICP, is Director of Economic Development for the City of Stamford, Conn. and the Executive Director for Stamford’s Urban Redevelopment Commission. Madden is an advocate for promoting Connecticut’s assets to help to bring new meetings and sports events business to Connecticut. Prior to coming to Stamford in 2014, he was the Commissioner of the Department of Community Development and Conservation for the Town of Greenburgh, NY. Madden is a resident of Stratford, CT. 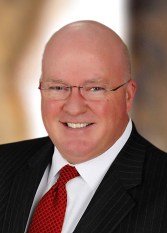 Jeff L. Hubbard is President and Commercial Sales Leader for KeyBank’s Connecticut and Western Massachusetts market, and is the President of the Key Serving Company.  Hubbard was Senior Risk Officer for Bank of America and was Senior Vice President and Manager for Webster Bank, with responsibilities in Conn., Mass., NY and RI. Earlier in his career, he served in senior management positions with Fleet Bank and Merrill Lynch. Hubbard is a Guilford, CT resident. 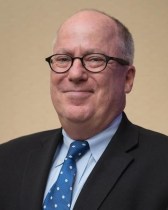 Brian Summers is General Manager of the newly renovated Heritage Hotel & Conference Center in Southbury, Conn. Summers was the General Manager of Crowne Plaza Hotels in Cromwell and Southbury, CT, and in Cherry Hill, NJ, before moving to Chesapeake Hospitality where he was Area Director of Operations for hotels from Tennessee to Florida. He recently returned to Connecticut to run the Heritage Hotel & Conference Center for The Marshall Hotel Group. Summers lives in Downtown Hartford.

The Connecticut Convention & Sports Bureau (CTCSB) is a public-private partnership that is funded by dues from members and by the Connecticut Department of Economic and Community Development (DECD) and Connecticut Office of Tourism. The CTCSB markets all of the state – convention and meeting venues, hotels and attractions, and sporting venues – as a premier destination for international, national, regional and statewide conferences, conventions and sports events. In 2015-2016, CTCSB business resulted in more than $61.6 million spent by convention, meeting and sports events attendees during their visits to the state, generating more than $4.7 million in Connecticut taxes. Over 22,500 Connecticut jobs in the hospitality industry were supported by these events as a result of these bookings.* The Connecticut Sports Advisory Board, a division of the CTCSB, focuses its efforts on attracting and serving international, national and regional sporting events.

Learn more on Connecticut and it’s convention centers in our 2016 Superbook Issue of Facilities & Destinations magazine.