NASHVILLE, TN – This year will mark major anniversaries for many of Nashville’s most iconic music establishments. Staying true to its name, Music City celebrates the genesis of some of music’s most popular and historic music venues, museums, festivals, and more in the coming year. Each anniversary holds a special significance in Nashville. 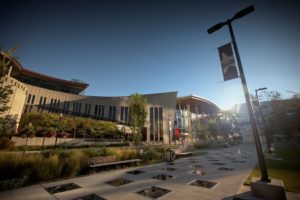 “The convergence of this many significant anniversaries among our music offerings is an incredible opportunity for this city,” said Butch Spyridon, President and CEO of the Nashville Convention & Visitors Corp. “Together they showcase the depth and breadth of Music City. Music City is not a slogan or a logo, it is our DNA and we are proud and honored to tell the world the individual stories behind these milestones.”

The Nashville music institutions with significant 2017 anniversaries include: 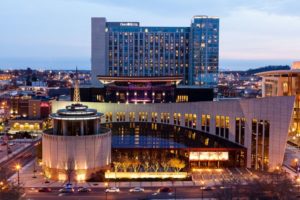 The free concert will celebrate the 50th Anniversary of both the museum’s opening and the CMA Awards. The community event will take place in Walk of Fame Park in downtown Nashville, with performances by Warner Bros. recording artist Charlie Worsham and Grammy-nominated ensemble The Time Jumpers, featuring Country Music Hall of Fame member Vince Gill, Kenny Sears, “Ranger Doug” Green and Paul Franklin. Past CMA Female Vocalist of the Year Patty Loveless will join The Time Jumpers for a special appearance. For more details on the concert, visit http://www.visitmusiccity.com/forevercountry.

Hosted by Brad Paisley and Carrie Underwood, “The 50th Annual CMA Awards” will be broadcast on ABC Nov. 2, live from Nashville’s Bridgestone Arena. It is the longest-running annual music awards program on network TV.

Throughout the year these organizations will host special events and programing to celebrate their individual milestones. For more information on the anniversaries and updates on anniversary events, go to www.visitmusiccity.com/anniversaries.